Right now, most of engine vehicles are operated by gas or diesel. But as we know, these kinds of vehicles are causing a great mess in the environment at a continuous rate. That’s why utilization of alternative fuels like CNG, Biofuel, Hydrogen fuel, electricity generated from external batteries etc. is expanding. However, these alternates aren’t free from their drawbacks. Actually, all of them emit poisonous gas in the air directly or indirectly. Let’s talk about Hydrogen Fuel. A report says that 98% of hydrogen production are dependent on the non-renewable fossil gas, which produce lots of greenhouse gases. Another way can be electrolysis, which is very expensive and quite inaccurate. Biofuel can be considered as renewable but won’t be called renewable in next 50 years because food is a great concern for the world population. As we can see, they are causing problem indirectly. But with a little modification, we can eliminate air pollution at a large extent. 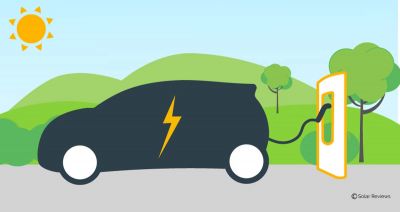 Before going forward, Let’s talk about Electric Vehicle. We all know that Electric vehicle known as EV is the type of vehicle that uses electricity to run the motors. The electric power comes from an external rechargeable battery. Charging consumes lots of time. It doesn’t emit any poisonous gas. But the generation of electric power can cause air pollution because of burning coal, oil, etc. However, electricity can be generated from renewable energy like solar energy, water power, wind power, etc. Those energies also have some demerits, but quite minor. Over using of those sources can harm our nature too. Moreover, heat can also be a factor for batteries. Though electric vehicle doesn’t emit any greenhouse gas, still it’s covered by few limitations. What about proposing a new idea? 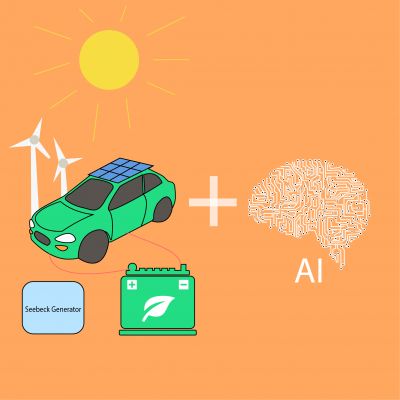 The idea is about controlling the vehicle using artificial Intelligence. Surely, I am not talking about an autonomous vehicle. In case of autonomous vehicle, there are some functional problems. In my tech model, I would choose an electric vehicle. At first Let’s talk about the power supply. We can use solar panel to recharge battery. We can use a developed seebeck generator to convert heat that generated from the battery into electric power. Whenever the vehicle system detects those available resources, batteries will start recharging automatically. So that the vehicle can run for a long time without recharging from an electric station. Secondly, we often keep our engines on while getting trapped in a traffic jam. If the system detects that kind of situation, the engine will be turned off automatically to save energy. We often drive very fast on highway. The system can turn off the engine if it gets enough acceleration. Now-a-days, vehicles are using the power that is generated from the brake. Moreover, using artificial intelligence, many things like air controlling, identifying which sensor to turn on and off, features controlling etc. can be done to save the electric power. So, my target is to use electric power as vehicle fuel at a limited extent, so that production of electric power doesn’t harm our nature. Using the renewable system of generating electricity and AI system in vehicle, pollution will be eliminated.

How to Bring It Closer to The World

The maintenance cost of this vehicle technology is average, but these kinds of technology will be expensive in case of buying a new one. Some steps can enforce people to accept this technology. At some level, cost of non-renewable energy source like diesel will be increased. Then people will automatically be directed to the above-mentioned technology automatically. Banning internal gas burning vehicle will be effective. As it is expensive, encouraging people to use public transport rather than private vehicle will keep the amount of transport at a minimum number. As a result, energy consumption will be less. In the northern part of the world, wind power is a great asset. As they can’t use solar power, they can use wind power to generate the required electricity to run vehicle. Now-a-days electric vehicle is getting a huge response. But as I said before, a little touch of AI with it, can be a great deal minimizing the pollution.