Future green technology for free from pollution in the World

How air is pollution by Vehicles?

Toxins from vehicles add to different sorts of air contamination. At the point when hydrocarbons and NOx consolidate in daylight, they produce ozone. High in the air, ozone shields us from the sun's bright beams. At the point when gaps in the environment's ozone layer permit ozone to come nearer to Earth, it adds to brown haze and causes respiratory issues. 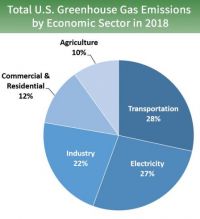 Researchers utilize refined instruments to quantify groupings of destructive substances noticeable all around, yet it's difficult to state precisely what level of air contamination originates from vehicles. They conclude that 28.2% to 32% of air is contaminated by transportation fuel.

Air pollutants emitted from cars are believed to cause cancer and contribute to such problems as asthma, heart disease, birth defects, and eye irritation.

Future green energy for vehicles by using nature and technology

Solar cars can accomplish this through photovoltaic cells (PVC). PVCs are the components in solar paneling that convert the sun's energy to electricity. They're made up of semiconductors, usually made of silicon, which absorbs the light. The sunlight's energy then frees electrons in the semiconductors, creating a flow of electrons. That flow generates the electricity that powers the battery or the specialized car motor in solar cars. To increase solar energy, if we set an inverter. Which produces high voltage, more watts, and it flows equal electricity that we used for high voltage motor. As a result, the car runs faster.

If we use 12 volts*6 batteries and it’s charged by electricity when the car is free such as night time. And its supply power the next 6 to 7 hours that we can use for alternative fuel. If we set up a solar panel in the car then when the sun shines on the panel it will save energy which will continue to accumulate in the battery.

Use alternator to produce power:

Use alternator to produce power

If an alternator is set on the wheel of the car, it will generate electricity. If the electricity generated is then transferred to an inverter, it will supply more voltage and kilowatts of electricity. From which the car can run or can be stored for later use through the battery.