Pollution: Think outside the box

Pollution: Think outside the box

Hello everyone, I am Shakib from Bangladesh. Today I am going to discuss the technological solution for pollution.

Let’s start with a story. One day two children were playing on the ground. Suddenly, they noticed a device having a button. They unintentionally pressed the button. Then, surprisingly they saw they are in the new world. The surrounding was full of piles of garbage, and they couldn’t even breathe because of the bad smell and poisonous air.

Overall, it was an awkward situation. At that time, they meet a monster. The monster said, "You have travel by time machine". Your world will become like this after 100 years. Then two kids realized how badly the world is getting polluted!

Well, though the story is imaginary, the lesion is very clear. Pollution has increased by almost 6% in the last couple of years. Nearly 10 thousand premature deaths occurred in recent years. So, we need to take immediate steps to solve this problem. In this project, I will discuss a brand new idea that will help to reduce pollution. I will divide the whole procedure into 4 different phases. So, let’s start: 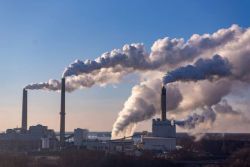 Before executing the exact method, we have to ensure the following things.

We know, the air gets polluted by the release of the molecule and harmful chemicals. Some of the harmful pollutants are nitrogen oxides, CFCs (chloroform carbons), sulfur dioxide, and carbon monoxide.

Most of the cases, vehicles and industry produce these. These technologies can be followed to solve this problem:

• Using catalytic converter in the vehicles

• Going for Gasification technology in the industries

Water gets polluted by the emission of wastewater from industries. By the disposal of treated or household sewage and the contamination of detrimental chemicals such as chlorine.

For the domestic issue, in this phase, we will arrange a campaign to make them. Then, for other topics, we will apply these technologies:

Noise pollution can prevent your normal activities. It is created from factories, vehicles, miking, crowds of people, and many more. Here are some solution to reduce noise pollution:

• For reducing tonal noise, industries should use tonal noise technology.

• They should use anti-noise or Acoustic Panel technology for loud machines.

• For reducing vibration, active noise control technology should be applied.

• Vehicles will use low rolling resistance tires to eliminate sound.

• For residential areas, people will use soundproofing walls, which will block extra sounds.

We need to refrain from soil contamination. The following steps can be followed:

Plastic is very harmful to our environment. We should try to avoid plastic pollution. Follow the below steps to reduce pollution:

• To analyze the Natural system, the government can use artificial intelligence.

Check the below solutions to avoid Electromagnetic pollution:

• Replace the wired device instead of wireless to reduce electromechanics pollution.

• Keeping EMP sources at a distance. 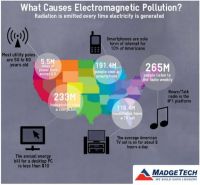 We know, these are the general technological solutions to reduce pollution from the environment. So, I will not go for a description as you will get these available on Google. I will just move on to the next phase.

But, the government should apply these solutions first. Then they can apply my model to oblige people to follow the rules (we will call it “Pollution alleviation laws (PAL),” as well as identify the danger zones.

In this phase, we need to take some steps outside the box. We will divide the whole country into 4 parts:

We need not go for a manual survey to make it. We will use modern technology such as drones, which will send the current situation to the computer.

The computer will analyze the data and make a graphical representation. These will not only help us in the next phase but also very useful in getting the whole environment situation of a country. 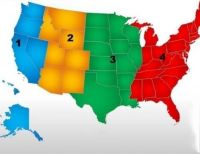 A demo picture has been added above, where we divided the country USA into 4 different parts. Let’s give it a name. We will call it “RBYG” identification.

2. At least one or two experienced member from the administration

In this phase, people’s involvement is mandatory. This will work as follows:

1. If an individual sees, another one is not following “Pollution alleviation laws (PAL),” he/she will immediately inform this in the nearest booth. This will be controlled by apps and location and will be automatically sent to the nearest centre using GPS.

Then, the officer in charge will immediately take steps against the criminal. The informer will receive 40% of the fine. This is just like the National Consumer Rights Conservation Law of Bangladesh.

For example, if a traveller sees a rider is not using electric vehicle /hydrogen fuel cell technology, he/she can inform the administration. But how will he track the vehicles? Well, the answer is simple.

Again, we have to take the help of technology. We need to use a technique where an individual will just take an image of the car, and the information will be automatically sent to the booth by using wave technology. For this, every vehicle should use a coding/tracking device.

We need to keep it in mind; in that case, the informer will not receive any information for the security purpose. Some countries are using Bluetooth to track vehicles, but it is not so useful for a higher distance. Initially, it may look crazy, but in this current era of technology, nothing is impossible!!

2. What will happen if any individual throws rubbish in the road or any other place and makes the environment polluted? This time authority can directly take steps against convicts by following a close circuit camera just like the USA takes steps against road law disobedient people.

Individuals can also report if authority somehow misses out. They will get 25% of the fine. You may think about how it is possible to recognize one person from many people. We will take the image of the convicted people and use a face tracking device to identify them. Simple!

But, is it a foolish idea? No, it’s not. Singapore has already become strict against pollution and we all know how clean Singapore is!!

3. For industries, rules are almost similar. People can inform the authority if they think there might be some problem. But, this time, no tracking device is required. They will just take an image or video as proof.

Then they will send it to the permanent centre through apps or email. The person in charge will administer the accusation then he will visit the industry with his team. If everything goes wrong, they will be charged. This time 60% of the fine will be received by the informer.

4. For the case of natural contamination, the government will take the traditional technological method immediately to reduce pollution.

You may think that it’s a crazy idea. You may also have some doubts about these procedure. But, some countries already took steps like this and got success. Here, I presented a brand new idea that ultimately depends on technology.

The government may face some difficulties, as it is a bit costly. But, if they can for this type of long term plan, it will be really effected. I hope you will love it. See you on the next project. Let’s begin to think outside the box!!