Tech can remove pollution in future

This article shows you how a engine technology can give us the fresh environment despite having traffic or too much vehicle.

My name is Abdullah hel safi and i am from Bangladesh. Recently started writing article for coolinventor.

Climate change is one of the world’s most pressing challenges. Human emissions of greenhouse gases – carbon dioxide (CO2), nitrous oxide, methane, and others – have increased global temperatures by around 1℃ since pre-industrial times A changing climate has a range of potential ecological, physical and health impacts, including extreme weather events (such as floods, droughts, storms, and heat waves); sea-level rise; altered crop growth; and disrupted water systems. The most extensive source of analysis on the potential impacts of climatic change can be found in the 5th Intergovernmental Panel on Climate Change (IPCC) report. 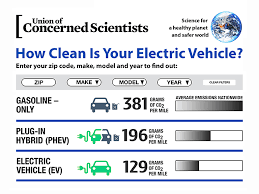 Diesel car or Petrol engines Diesel car or Similarly we can take Petrol car, Because they all emit huge amount of carbon monoxide and di-oxide . But If we step aside pollution problem these are pretty good staff .

- Diesel cars are more durable with their engine setup.

- Diesels provide you with more torque when driving.

- A diesel car has a better resale value.

- Diesel fuel quality has improved dramatically over the past 20 years.

- The price difference for some diesel cars is minimal.

- You can burn more than one type of fuel in diesel cars.

- Some diesel engines can operate quietly.

But we need to live in a good environment where we can breathe fresh air , we don’t want to effect global warming on us.

First we all know Hydrogen engine just use water and oxygen to produce electrical grid for engine called fuel cells. . Hydrogen is a non-toxic substance. When hydrogen is burned, it doesn’t emit harmful substances. Basically, it reacts to oxygen without burning and the energy it releases can be used to generate electricity used to drive an electric motor. Also, it doesn’t generate carbon dioxide when burnt, not unlike other power sources.. Others such as nuclear energy, coal and gasoline are either toxic or found in places that have hazardous environments. Because hydrogen is friendly towards the environment, it can be used in ways that other fuels can’t even possibly match. Hydrogen can be produced again and again, unlike other non-renewable sources of energy. 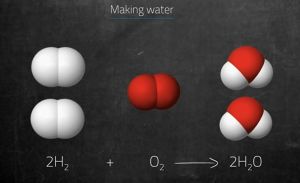 But the problem is,

- While widely available, hydrogen is expensive. A good reason for this is that it takes a lot of time to separate the element from others. If the process were really simple, then a lot would have been doing it with relative ease, but it’s not.

- Hydrogen is very hard to move around. When talking about hydrogen, just moving even small amounts is a very expensive matter. For that reason alone, the transport and storage of such a substance is deemed impractical. So you have no availability on fuel cell like gasoline or electric charger.

- It is highly flammable. Since it is a very powerful source of fuel, hydrogen can be very flammable. In fact, it is on the news frequently for its many number of risks. Hydrogen gas burns in air at very wide concentrations – between 4 and 75 percent. 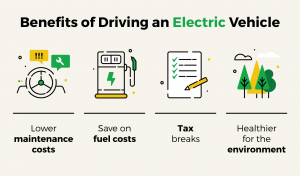 - Charge up at home, at work and around town electric cars can be charged anywhere there is a power point, just like charging your cellphone.

- Pollution-free driving: Battery electric vehicles (BEVs) don’t have a tailpipe and produce no exhaust emissions that cause local air pollution.

- Noise reduction: EVs are quieter than petrol or diesel vehicles.80% reduction in CO2 emissions in New Zealand - this significant reduction in emissions is because 80% of New Zealand’s electricity is generated from renewable sources. There are also many other advantages to using this home grown energy compared with using imported fossil fuels.

- More efficient - electric cars can convert up to 90% of energy from their batteries into motive energy. This compares to 20% - 30% for a petrol or diesel vehicle. 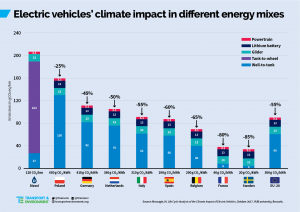 They Cause Pollution, Yes, the ‘clean & green’ electric cars cause pollution too, albeit indirectly. While themselves being clean, there are toxic elements within batteries and which could spew toxic fumes. Further, the car’s engines are powered by electricity, and all of which isn’t generated from renewable energy sources. Which means electric power production per entails pollution . Even though electric cars do not emit much harmful and climate-damaging greenhouse gases and nitrogen oxide, they might run on electricity produced by burning dirty fossil fuels, Battery manufacturing with contemporary technology requires 350 to 650 Mega joule of energy per kWh, as per a study led by the IVL Swedish Environmental Research Institute. Also, a typical battery pack of an EV can release 73 to 98 grams of CO2 into the air per km. Added to this, is the CO2 emissions of the electricity from powerplants, which powers such vehicles. Though EVs emit less while driving on the streets, a large amount of CO2 is emitted by power plants that charge the electric cars. Nevertheless, at the end of the manufacturing process, electric cars are the ones generating more carbon emissions, according to the Union of Concerned Scientists.

Why is this? Because electric cars store energy in large batteries (the larger they are, the bigger their range is) that have high environmental costs. This happens because these batteries are made of rare earth elements (REE) like lithium, nickel, cobalt or graphite that only exist beneath the surface of the Earth and therefore depend on mining activities with very polluting processes. That’s why asking whether electric cars are greener or not does come with an easy answer. We have seen that although they do not emit CO2 while being driven, they might do it in 3 other stages: during manufacturing, energy production and at the end of their life cycle. As for the energy production, if the car is being powered with energy from burning fossil fuels, it is still releasing CO2 in the atmosphere, not from the tailpipe but from some distant power plant. When it comes to batteries being recycled, it is still an expensive and ongoing process and most batteries are not being recycled yet.

Which one is best 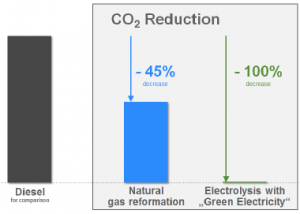 I would prefer hydrogen for environment. But about availability and easiest adaptation its electrical car who has more market till now. So its better to have system that pretty available and less effects on environment.

Now Lets talk about totally effective and zero effect on environment technology that are the future.

Electromagnet transportation , yes you heard right. We already know about worlds fastest train that runs 600km/hr . Yes and that’s not hydrogen not diesel not fully electrical. Its all about magnet. Its called Maglev train. 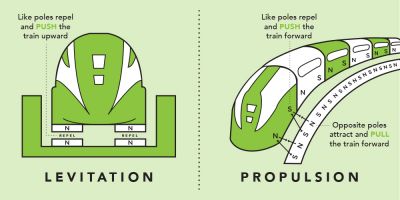 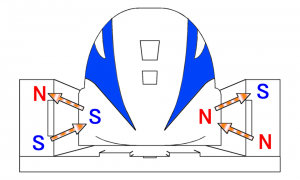 In Maglev, superconducting magnets suspend a train car above a U-shaped concrete guide way. Like ordinary magnets, these magnets repel one another when matching poles face each other. ... Here, both magnetic attraction and repulsion are used to move the train car along the guide way.

Trans rapid technology is much quieter than other traditional transportation systems as it does not produce any rolling, gearing, or engine noise. The benefits of maglev are hard to contest when it comes to reliability. The absence of physical contact between the vehicle and the track significantly extends the lifespan of maglevs. As a result of wheels, rails, and supporting machinery being replaced by electromagnets (EMS system) or superconducting magnets (EDS system), there is less mechanical failure. In addition, moving parts prolong the lifetime of the vehicles and the track. Even in the event of bad weather problems are rare as the contactless maglev levitates 10 cm (4 inches) above the guide way (SCMaglev technology). Rain, snow, or ice causes little to no harm to maglevs.

Maglev trains do not create direct pollution emissions and are always quieter in comparison to traditional systems when operating at the same speeds. 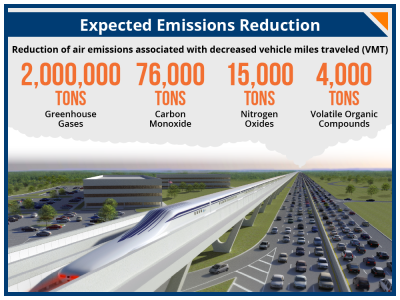 There are no direct emissions from the moving vehicles to affect air quality and the indirect emissions resulting from energy production are getting lower by the day as the energy grid gets cleaner. In addition, noise pollution is much lower than in traditional rail. The absence of overhead lines that provide electrical energy to conventional trains is a major factor to reduce visual pollution. Last but not least, owing to the better maneuverability infrastructure can be built respecting the natural landscape, following the paths of the environment. Only Disadvantages is Expensive to build, not least because it's a new and largely untried technology. Expensive to operate, both to maintain the new. Technology and because the energy consumption is quite high. Not necessarily any faster than a high speed wheel on rail. But I am sure technology will find a way to build these in small cost and give us a good environment.