Technology vs Pollution? What could be the foreseeable future?

Global warming occurs when people burn too much of fossil fuels. Hence the gases gathered by greenhouses leads to increase the temperature in the Earth's surface. It has been going on for over a century. But lately it is a matter of concern. In the past, it used to happen because of natural causes. But it isn't the case right now. It still is happening but it's so minor it wouldn't even bat an eye compared to the way it's happening due to human activity.The nature is heavily being destroyed by human nowadays. As much as people are using technologies and gaining more knowledge, it's causing more damage to the nature. One of the main reasons of global warming is caused by car. When people use cars that are run by diesel, it produces carbon monoxide. Carbon monoxide causes huge damage to the atmosphere around us.

However, as the world is progressing rhetorically and literally, there are a few ways in which we can prevent car pollution.

The big argument : Hydrogen fuel cell cars vs Electric Cars? Which would end up winning in the long run?

Hydrogen Fuel cell cars vs Electric cars Hydrogen fuel cell cars - The first Hydrogen fuel cell car is a 2015 Toyota Mirai that was sold lucratively. The fuels used in this car are like batteries. But they however do not need recharging nor their energy is drained. They work fine as long as fuels are present. They could be charged easily within 2-3 minutes and could be used for about 500 Kilometers. You could definitely tell this is a technology of choice. However the best part about Hydrogen fuel cell cars is that they do not produce any harmful gases. The hydrogen in the car just produces water and heat, which basically means no pollution at all. One of the major drawbacks of Hydrogen Fuel cars are that they are very expensive. 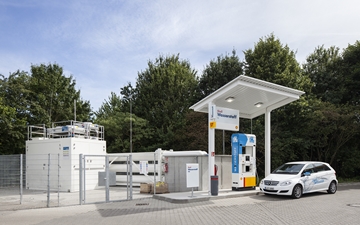 Electric Cars - The first electric Car was launched in 1880. Over the years people have switched more to electric cars because of it's efficiency. Electric Cars are run by rechargeable batteries launched by electric motors. The batteries need to be recharged and almost takes 2 to 12 hours. Even if it very efficient it would not to be wise to make an electric car your companion when your destination is a little more than 100/150 Kilometers. Even making it to 200 Kilometers would be very difficult. Since they are run by batteries they are drained easily. They are also very cost effective when it comes to pricing. 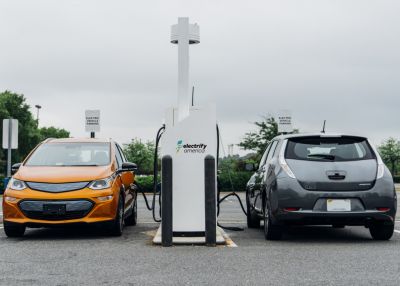 Air purification - Researchers are looking for ways to clean air in urban areas. A Dutch designer company has made a tower which basically clears polluted air by sucking out pollution and push out fresh air. It's called 'Smog Free Tower' . The amusing thing about this invention is that the withdrawn pollution would be turned to idiosyncratic Jewellery. Yes, you heard me right. Jewellery! The first Smog Free Tower was built in Rotterdam. 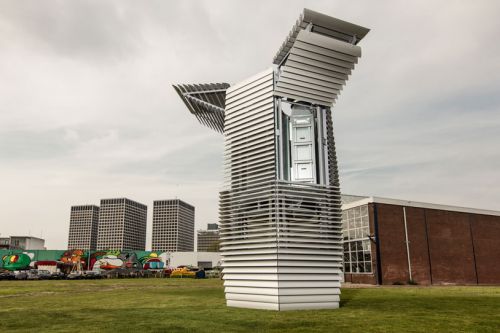 Autonomous Vehicles - This invention would help in reducing local pollutants as well as the gases gathered from greenhouses.There would be constitutionally changes in the road system. Studies show that there would be an improvement of 15-40% in fuel efficiency. The safety measures are also harmless. The use of automatic cars can lead to higher fuel efficiency and reduce traffic jam.