The Car for the future

Today's world is starting to feel the effects of Global warming. Carbon emissions have reached a level where companies are starting to transition to Carbon neutral level. One of the main culprits in Carbon emissions is from the burning of fossil fuels in Vehicles. To reduce the pollution we have to make eco-friendly cars. Hydrogen fuelled vehicles do not pollute the environment. It can help us free carbon emissions from cars in the future.

Right now three types of cars are present. Internal combustion engines (ICE) based use petrol or diesel as the fuel. These produce Carbon dioxide and are the harmful for the environment. Hybrid cars are a mixture of electric and ICE. At lower speeds the car runs using an electric motor powered by a battery. But at higher speeds ICE takes over. So these also contribute to the pollution. Electric cars are completely run by batteries that power a motor. These do not produce any Carbon emissions. But if the electricity used to charge them comes from burning fossil fuels then we cannot say these are entirely Carbon neutral. Finally there are Hydrogen powered fuel cells. These produce water and generate electricity. These do not produce any Carbon emissions. So is Hydrogen powered Fuel Cell Electric Vehicles (FCEV) the future? 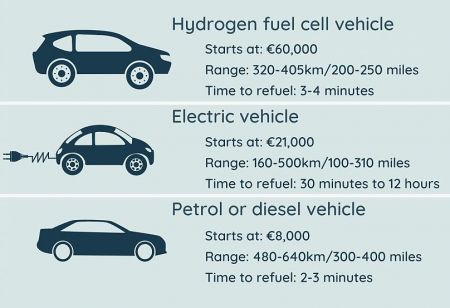 The most exciting prospect of FCEV is production of water as the exhaust gas. The cars has a smaller battery that is charged continously by the fuel cell and can be lighter. These can be refuelled immediately as opposed to long charging times for Electric Vehicles (EV). The problem lies with less adoption of the newer technology. There are fewer refuelling stations. The Fuel itself costs many times as gasoline or electricity. The cars are very fewer in numbers and expensive. The Hydrogen that is produced often requires fossil fuels during its production. This means Carbon is emitted in the environment. So there are good and bad stuffs with FCEV. But how can we ensure the people adopt this technology. 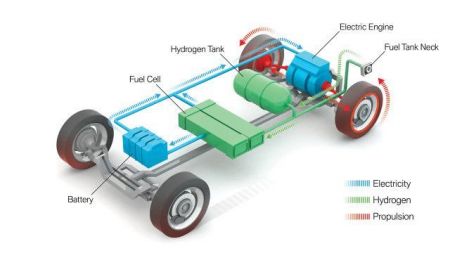 Often Hydrogen is produced in many industrial process as a by product. These are released in the environment. If we can make use of this we can reduce a lot of Carbon emissions from the production of Hydrogen itself. Not to mention the money that is saved. Also if renewable energy is used in the production of Hydrogen, carbon emission will be reduced. Also there is a misconception of Hydrogen as an explosive fuel and incidents that have happened in the past. It is explosive. But studies by Auto makers Toyota and BMW have shown the explosive nature is way less than that of Petrol or other fuels. Hydrogen being a lighter gas can diffuse very quickly. Now Scientists can think of another solution. Hydrogen peroxide can decompose to form hydrogen and Oxygen. It is way less explosive and can be stored at a lower temperature. If it is used as a step in the production of hydrogen leading to the fuel cell, We can minimize a lot of explosive reactions. For FCEV's to become affordable we need to use a different metal as Platinum for the Catalytic reactions. Currently fuel cells requires more than three times the Platinum used in normal Catalytic converters. It is one of the rare metals and expensive. Scientists are studying the uses of Metal Organic Frameworks as a substitute. This will reduce the cost if the process is efficient. 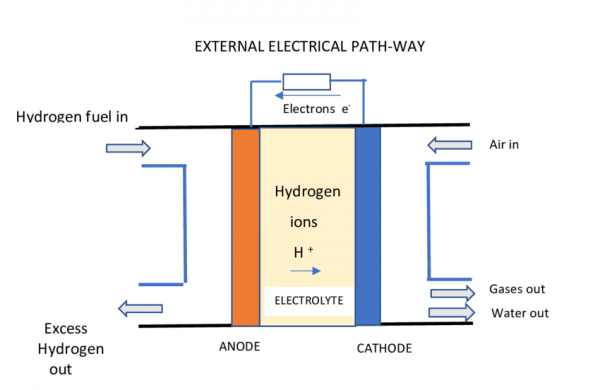 The main barrier right now in the mass adoption of FCEV is the cost and the lack of infrastructure. We need to make the cost of manufacturing process of FCEV's lower for mass adoption. EV's are the future as some say. But If we want to go Carbon free in the long run FCEV has a very important role. As the stores of fossil fuels run out, Hydrogen as a fuel will have enormous demand in the energy sector. Vehicles will be a big part of that sector.