Assalamualaikum, I am Abhay Sunny,studying in AIUB, EEE. I am always interested in History. This project give me a chance to know about Islamic History.

In 711, the great religion Muslims, Christian, jews live together in spain built a multi-culture in a mix. They were under restriction for to get along together. Muslim period was not a single period but a succession of different rules.

Around for 1400 years Muslims & Christians stay together always as neighbors. They may be regarded as sister religions since they share the same Jewish, Hellenic and Oriental heritage.

Relationship between Muslim, Christian & judaism was not so well establishment. From a Christian point of view, all that followed Christianity was false and could thus not be tolerated, and this has characterised the negative Christian view of Islam. Similarly Islam could not accept subsequent religions either. Mohamed was the "seal of the prophets", the last in a long line of prophets from Abraham, via Moses and Jesus. This is why the Ahmadiyas, who regard themselves as renewers of Islam, and the Bahais, who consider themselves an independent religious system and not a branch of Islam, have been persecuted and are still subje ct to persecution in the same way as Christians persecuted Muslims.

On the other hand, They don't consider Prophet Mohhamd (s) was not the last prophet from God. That was the main issue between them.

Both Muslim and Non-Muslim established literature, poetry, Culture, high education. Islam grew in strength as a result of the incorporation of, and coexistence with, these representatives of an old culture. 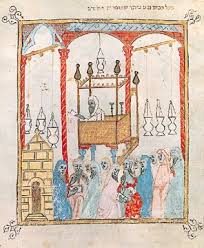 Life for Non-Muslim in Spain

For the interfaith harmony between Muslims, Christians and Jews that's why Islamic spain considered as a Golden age.

They were treated as

In Islamic Spain, Jews and Christians were tolerated if they:

Is it Possible to along together like 13th century