Global warming and air pollution are the most important factor in today’s world. It is also increasing day by day that is creating many effects on us as well as our earth. Vehicles and industries are one of the leading carbon emission sources in the world. So, scientists are working on these to develop their fuel type to reduce the carbon emission. Let’s see how they change the technology of fuel-burning of cars.

Diesel and gasoline are the most used hydrocarbon in our cars. The fuels burn in the stoke and produce energy to run the cur. But, do u know the fact that the efficiency of a car engine is only 30%? Means, only 30% energy is used from burning hydrocarbon in our cars. Rest 70% cannot be used and it goes to our weather as heat. So, maybe it would be better if we use car engine as our room heater, but we have a more efficient heater in our home and we need to use that low efficient engine to go from one place to another. Let's talk about hydrocarbon emission. If we burn hydrocarbon it produces carbon dioxide. Do you want to see the dangerous equation of burning hydrocarbon? See-

here, x denotes the amount of carbon dioxide production. we can see that the hydrocarbon's carbon number will lead to how much carbon dioxide will produce. If we burn 1 L of gasoline it produces 2.3 kg of CO2. Think about it, if our country uses around 1000 L of fuel, it releases around 2300 kg of carbon dioxide. Below is the figure of carbon emission- 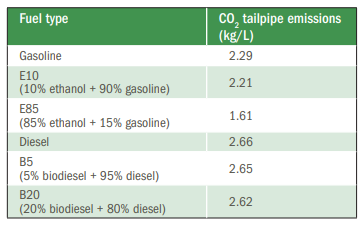 I have discussed why hydrocarbon as fuel is more harmful than anything and why an alternative is needed in our vehicle and industrial engine. Let's talk about some alternatives-

It is the 2nd most using engine nowadays and the carbon dioxide is nearly zero from this engine. Li-ion battery is used to run the motor on the car and these batteries are quite good at charging and discharging procedure. We do not need to go for a fuel pump. We can charge the batteries from our home. Problem is that the charging time is quite longer than hydrocarbon fuel and it is not possible to produce so much electricity to a low-income country in the world. Still, developers are trying to reduce the energy production cost using renewable energy. It can be said that electronic car is the upcoming future. As the cost per kilometer is less the $0.05. we just need more electricity which can be possible in the nearer future.

Hybrid cars use both electricity and petrol to cover the distance. This technology is quite popular in developing countries like Bangladesh as the electricity production and availability of gasoline are quite less. So, these cars use both so that they can make balanced use of both technologies. But the cars are quite costly and quite heavy too. And still there is carbon emission on it. So, developers are not much interested in it.

This is also a dual fuel engine car. It uses gasoline in less amount and uses compressed natural gas as a major fuel. It is around a capacity of 13.8 kilograms with a filled gas tank. The engine does not make much noise as hydrocarbon fuel engine. It is very cost-effective like an electric car. But the problem is, gas as car fuel is very limited. So, we need an alternative to it.

Actually, it does not use hydrogen as the car’s primary fuel. Hydrogen reaction makes electricity and that electricity turns the car moving. These cars have zero carbon emission because it produces water after the reaction. Hydrogen cell is used to produce energy. It is much more efficient than any other fuel. But the availability is less now because of less availability of hydrogen refueling station. It is required big tanks for the low density of hydrogen and hydrogen is transported at 0K (-273°C) temperature. I hope it can be possible in the nearer future. 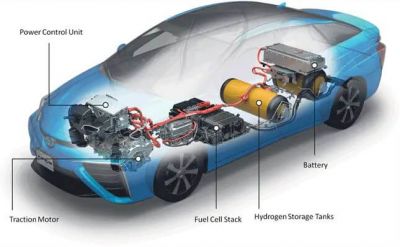 It is not easy to tell which technology will lead the car engine’s future. But we can say, hydrogen fuel will be the most effective if the refill station is available with proper protection.