The teaching method that i wanted to change

Assalamualaikum, I am Noorjahan binte, now studying in Brac University Computer science & Engineering. From the first year of my university life, I try to pay my tuition fees and I did that by giving tuitions to younger children. It gives me the chances to pay my fess but it has also change my view of life.

I found out so many talented and intelligent children here were failing their exams, which is a gateway to higher paying jobs and a better overall life. Maximum students were failing in their first term exam in class 10. I understood it’s not the fault of the children. It’s not the children who were failing but our education system. Then I research a lot, where I can find out that type of school where practical education should be given priority more than theoretical.

So today I will share my knowledge and my some of my idea where education system is totally different from conventional education system. In Ladhak there was known as SECMOL, or the students educational and cultural movement of Ladhak. There was no electricity. It relies completely on solar energy. Electricity, heat, and all its other power and energy needs are supplied by solar energy. The structure is constructed from clay and earth, the traditional way. What is also unique about this school is where the other schools in the country, and the world, admit students on the basis of exam performance and distinctions, here the criteria is failing in exams. If any passed students applied then they will be in the waiting list, they will think about what can they do. They use a differend method of teaching there.

I believe, if the students are failing to learn the conventional way then let’s change our method to the way that they learn. The learning method involves learning by experience. In Ladhak school, they elect their own mini government for a 2 month term, a leader is chosen, departments are assigned to different students. For Instance, there are departments such as food and nutrition, and electricity and energy. They set their own 2 months target, work towards them and then even report on progress. This way they learn the kind of life skills that can’t be taught in books only learnt by experience. If we talk about science and pick up something like germ theory the students learn by applying it in life. For example they make their own jam and figure out different ways to preserve it over a long period of time. They learn lessons in economic when they take the apricot jam to the market to sell, from the profit they earn, they travel to new regions of India and learn geographically that way. Much like a country the school has it’s own newspaper campus times, it also has campus radio and even has it’s own time zone. Basically, the students get an early experience of what life has in store and that’s how they learn. Innovation and invention is a part of life there and children participate actively there. The subject around which new inventions are created include earth, sun, ice and fire. If we talk of earth, or clay, that’s the material from which the campus has been constructed. Applying science, the mud structures here are heated using the sun’s energy using simple methods to harness solar energy. The campus is heated to 15 o 20 degree Celsius, even in winters when the temperature outside is -15 or -20. Sola energy is used for all the power needs here including cooking food, growing vegetables in winter, electric lighting, electricity, heating water, pumping water from the river. Even the cowsheds there heated there using solar energy. Now let’s talk about there talk ice. It provides immense value as well as entertainment and enjoyment in the region. Let’s talk of sport and entertainment of first. There they developed a method to create an ice hockey rink anywhere in the region. Before this, ice hockey rinks were only possible in ponds and lakes that were spread out in remote areas. Because of this, only men used to get the chance to play ice hockey, the girls were neglected. What they did was build their own ice hockey rink in their school compound and there they encouraged girls to play. In time their girl’s team from there become national champions. 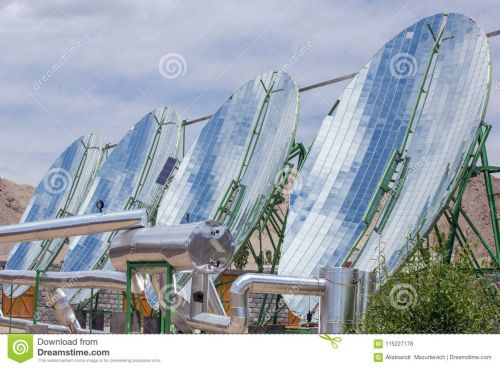 Now let’s look another invention of that school. It’s the harnessing the power of ice. In recent times, there has been panic in various regions of the Himalayas. There is water scarcity, the glaciers are melting rapidly with the effects of global warming and temperatures are steadily going up. So what they did in their school along with their students was work on a innovation. They came up with a new method to freeze water during the winters, when it is in abundance and then use this surplus water during the spring and summer months as it’s melts. It’s a very straightforward application of science. As all of you know, there is a slope in the mountains. All you need a simple pipe, you don’t need any machine or electricity. When they release water through pipe, the pressure that is formed as it travels down the slope. Cause it to burst forth as a fountain at the bottom. When the fountain comes in contract with the outside temperature of a -20 or -30 degrees the water loses it’s latent heat and begins to freeze as it flows down. The freezing water forms the shape of a cone. And the cone is a shape that has minimum surface area and maximum volume. Because of this it doesn’t melt, even all after the ice in the region has melted this ice stupa only melts gradually right up to june or july providing water to the farmers. 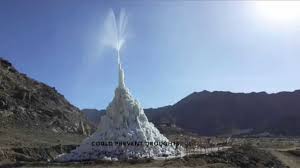 I was so amazed to reading about this school. I am planning and strati zed to build up like this school on my village area. Honestly say, our education system just make me frustrated. So, I always prefer practical knowledge is always better than theoretical knowledge. If I go back to my childhood, then I would like to admit that Ladhak School.