Vehicle Technology That Will Fleet On Future Roads

We live in an arena of Technology. But while we are this much advanced in technology, we are still lagging in protecting our nature. With many of the technological innovations, we are gradually stepping ahead to destroy the pace of nature. But sometimes we make a stop at our journey and ask ourselves ‘Is it too harsh on nature?”. That’s the time we search for greener options.

This is Nishat, a graduate from Bangladesh and today I am writing about not all green things but only green vehicles. So what are they? We should consider those as green vehicles whose pollutant emission rate is near to zero during their whole life-time (from production up to their turn to become unusable).

As said earlier, a lot of technology has been invented. If we just want to name them for the vehicles only, we will have to continue for a long time. So let's have a look into the broader classes and their comparative study. 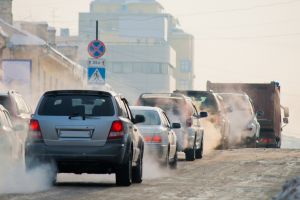 The majority of motor vehicles worldwide are run by gasoline or diesel. Other energy sources include ethanol, biodiesel, propane, compressed natural gas(CNG), etc. Whatever the fuel is, they all give off more or fewer air pollutants like CO2, CO, and other Greenhouse gases. Though many of them are from renewable or from biological sources and they are cost-effective, they are similar to fossil fuels in that they contribute to air pollution.

Being the most abundant element in the Universe, Hydrogen is mostly stored in water and hydrocarbons. Steam reforming is the procedure of industrial hydrogen production which requires a lot of heat and energy and produces less energized form than the original input (methane). This procedure also produces pollutants. More energy input is required by the electrolysis process for producing Hydrogen that can be also conducted using renewable sources like wind. But this procedure is also energy inefficient. PEM electrolysis is way too better, still losing 20% of the original energy. Again Hydrogen is of low density so it's processing, storage, and distribution processes also add up to inefficiency rates. Considering all the processes until the end-use, it is highly inefficient and results in 3.5% more cost per kilometer whether the car price itself is too high [1]. Rather, fast fillup times and long ranges are its biggest advantages. 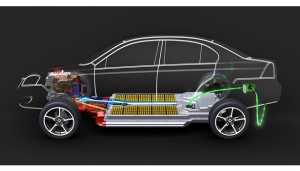 They are Short-range vehicles. The cost of replacing the battery is too high but usually, it goes on a lifetime. The lower temperature lowers the chemical reactions so batteries have lower ranges in cold countries. Including thermal adaptations can upgrade the condition. the ultracapacitor is also introduced by Tesla for quickly charging and discharging the battery without being worn down[2]. Dry coating of the battery requires toxic solvents and is needed for higher energy storage capacity. Painting with negatively charged metals solves this problem. They are advertised as ‘Zero emission vehicles’[3], but to produce electric cars, especially the battery 25000 lb CO2 is generated, where for conventional cars it is 16000 lb. Obviously, mining lithium isn’t also a green process and when their lifetime is over, they are too toxic again for the waste management procedure and so for nature. ’Electric cars are coal-powered cars- says Vinod Khosla, Co-founder of sun microsystems. Electricity is produced by fossil fuels- coal for electric cars. If electricity were produced from renewable sources that could be a solution but it has limitations and can’t serve this high amount[4]. So, bad luck! They are not green at higher costs.

So, Which Technology Wins?

Though currently, battery cars are seeming to win over Hydrogen fuel cell-based cars, over the next decade's Hydrogen cars are to the fleet on the future road. But we have to still wait for the introduction of more efficient and greener options. Introduction of magnetism along with the electricity, we can come up with some good and green technologies to go on.

Will People Embrace it if the cost is still higher?

Obviously! Just we should clear the road. More people will still be interested in buying a high-cost green car. To accelerate the movement, many governments have also offered pay-cuts, extra benefits for buying greener vehicles. Though there are a lot more ways to reduce the cost and produce more efficient Hydrogen cars, these beneficiary movements will help a lot to attract users.

My 5th article 👉 Diary entry about my dream career

My 6th article 👉 How Technology Can Improve The Situation of Africa